Circleville Mystery
The case of the "Circleville Writer" has been closed for over three decades, and the mystery remains unsolved.
Cold Case Consultants of America (C.C.C.O.A) has re-opened the case with new evidence that will blow the lid off the long-dormant case as we know it!  You can view the new data and find updates on this site. It's free, but we only provide this sensitive information to registered users of the site.
See the Latest Evidence 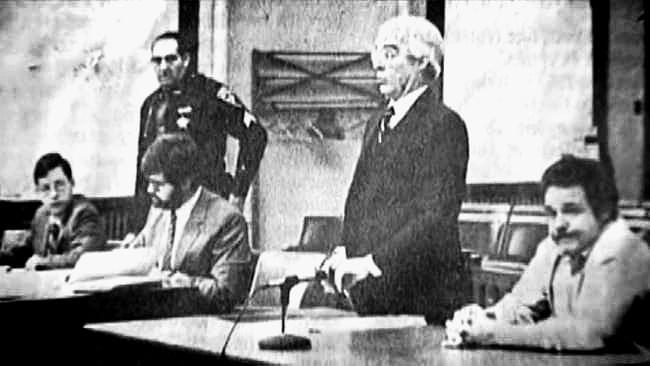 What Really Happened in Circleville?

For nearly two decades, a series of threatening letters gripped the small town of Circleville, Ohio. Mary Gillespie, a school bus driver, received an ominous and intimidating letter that accused her of having an affair with the school district superintendent, Gordon Massie. The letter warned that if she didn’t stop the affair, her children were going to pay the price. One letter specifically threatened that her daughter, a small child at the time, would be shot.

Numerous other letters followed, addressed all over Circleville—to public officials, newspapers, schools, businesses, the sheriff's office and various other townspeople—in a multipronged campaign of harassment. The anonymous author seemed to know the town's dirty secrets and hidden affairs, and where all the proverbial bodies were buried.
Ronald, Mary's husband, also received menacing letters about Mary's alleged affair. Then on August 19, 1977, Ron got a phone call. He angrily stormed out of the house, telling his daughter he was going to confront the writer of the letters who had been harassing them. He grabbed his pistol, headed out to his Chevy pick-up truck, and drove off. Shortly thereafter, Ronald’s truck was found at Five Points intersection. It seemed that Ron had lost control of the vehicle and struck a tree on the front driver side door, but not before he had evidently fired a single shot from his .22 caliber pistol.
The police investigated, initially ruling his death to be suspicious. Ron was then said to have been found with a .16 blood alcohol level, which was well over the legal limit for intoxication. It was all very suspicious in that Ron rarely drank alcohol and knew the roads around his home well. Nonetheless, his death was ruled an accident. The shot fired from his pistol wasn’t deemed sufficiently relevant to alter the ruling.
The events escalated further, with disturbing signs starting to pop up all over town.
One day, Mary Gillespie was driving her school bus along the usual route when she noticed a large handwritten cardboard sign on the side of the road. She got out of the bus and walked up to get a closer look. It detailed obscene accusations about her 12-year-old daughter, Traci, and Superintendent Massie. As she ripped down the sign, she noticed it was rigged up to a string that led to a chalk box attached to a post. She decided to cart off the entire setup to examine later.
It wasn't until she got home that she opened the box and her eyes widened in horror. Inside was a .25 caliber pistol with the trigger rigged to fire by the wire attached to the sign. The pistol was designed to go off if someone had angrily attempted to take down the sign. It was fairly miraculous that Mary’s lack of hastiness in removing the sign prevented her from being badly injured or killed.
Mary turned over the box and pistol to the Circleville Sheriff's Department, where it was dusted for prints and scanned for any other possible evidence. The pistol was eventually tied to Paul Freshour, Mary's brother-in-law. Freshour was currently going through a divorce with Ron Gillespie’s sister, Karen Sue. Given where the evidence was pointing, the sheriff, Dwight Radcliff, brought Freshour in for questioning. Freshour was asked to take a handwriting test and was shown the letters that had been terrorizing Circleville. Sheriff Radcliff asked him to copy the handwriting as best he could and see if it was a match.
Following the investigation, Freshour was charged with attempted murder and sentenced to 7 to 25 years in jail.
However, to the surprise of most, the harassment campaign continued and the letters kept coming—even as Freshour sat behind bars. As a result, Freshour was placed in solitary confinement, with no paper or writing utensils, in the belief that he was somehow smuggling the incriminating letters out of prison. He was closely monitored around the clock. And still the letters kept coming for years. Even Paul Freshour himself received letters while in jail. One of them read, “Now when are you going to believe you aren’t going to get out of there?...I told you two years ago: When we set ’em up: they stay set up…Don’t you listen at all? HA! HA!”
Years later, new evidence was uncovered that detailed how one of Mary’s fellow bus drivers had seen a man along the school bus route, about 20 minutes before Mary had driven by the site of the booby-trapped sign.
The bus driver saw a yellow Chevy El Camino parked at that same intersection. A large man with sandy hair was seen standing there. As the driver approached, the man turned away, acting as though he were urinating. The description of the individual did not fit Freshour.
The brother of Freshour's soon-to-be ex-wife drove an El Camino at the time. After spending 10 and a half years in jail, Freshour was released on parole in May 1994. He continued to fight for his innocence by reaching out to the FBI, which never responded, even as Paul searched intently to find the real perpetrator, still at large to this day.
Freshour died as the result of a heart attack in 2012. The Circleville letters had also finally stopped in 1994, but the actual author of them was never identified. However, on this website, we will reveal the identity of the Circleville Writer and the true killer. 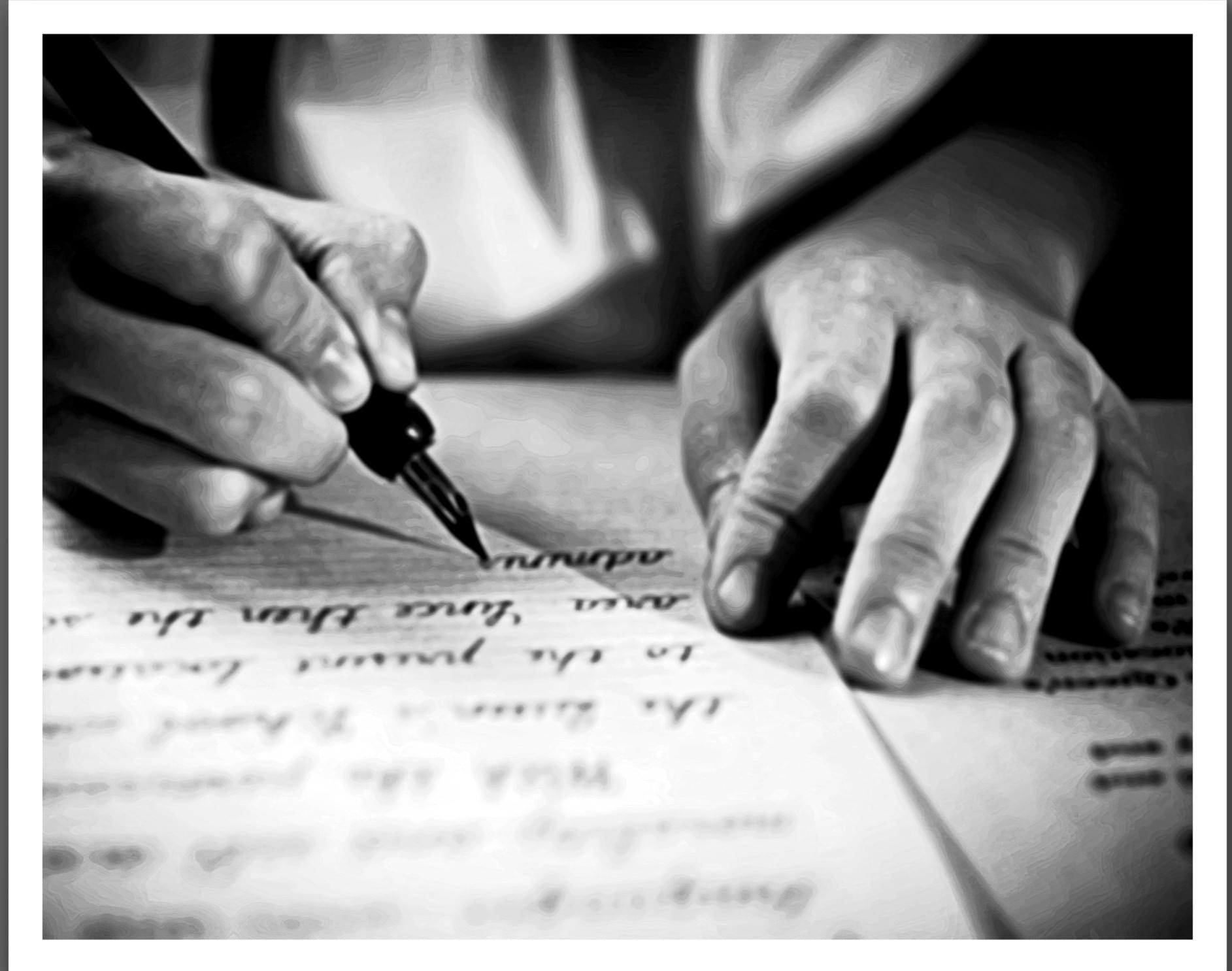 - Dramatization of the Circleville Writer 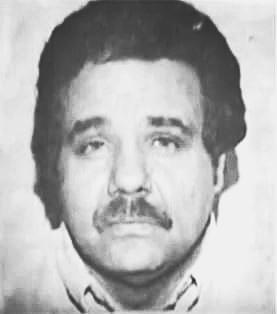 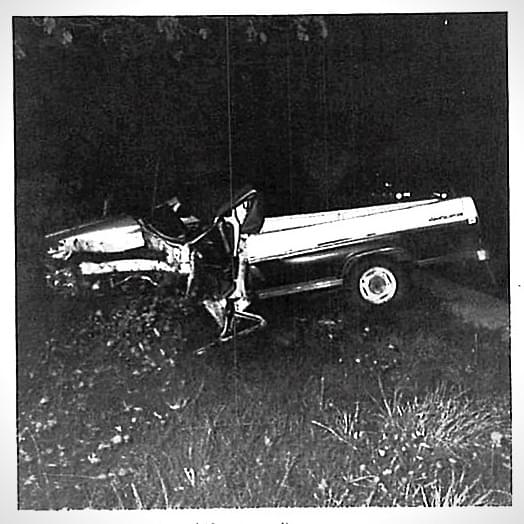 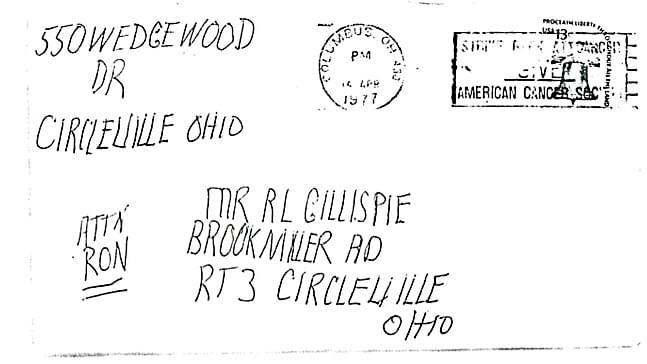 - Envelope addressed to Ron Gillespie from the Circleville Writer 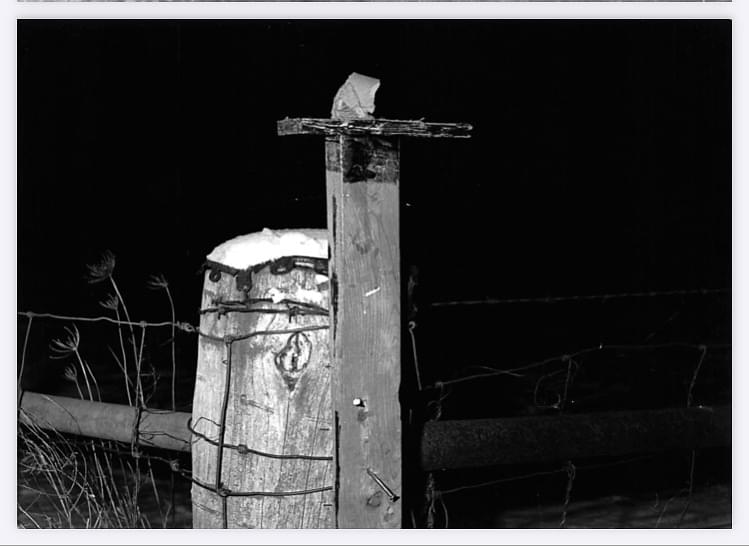 Why Are Cold Case Consultants of America Reopening the Case?

Recent information from CBS News’ 48 Hours caught the attention of cold case consultants Alex Baber and his wife J-Lynn Baber. They are the founders of Cold Case Consultants of America (C.C.C.O.A.), an investigative team specializing in abandoned criminal cases.
C.C.C.O.A. has now reopened the Circleville case for reinvestigation, shining fresh light on the notorious Circleville Writer, who terrorized the town in a campaign of ceaseless harassment for more than two decades.
Their shocking new evidence could be a game changer for a case that has gone hopelessly unsolved.

Questions That Will Be Answered

1. Was the Circleville writer an actual resident of Pickaway County?
2. How did the writer know so much about so many people?
3. Did the writer cause Ron Gillispie’s fatal accident? Was the phone call made to Ron on 8/19/1977 premeditated, making certain that Mary Gillespie was out of town that specific night?
4. How did Paul Freshour’s stolen pistol end up in the booby-trap on 2/7/1983? Why was the trap set in near proximity to Ron’s suspicious accident nearly six years earlier?
5. Why did Sheriff Radcliff insist that Paul was still writing letters while incarcerated within Lima Prison, even as the facility’s warden agreed it wasn’t possible?

1. Who was the real Circleville Writer?
2. Was the Circleville writer an actual resident of Pickaway County?
3. How did the writer know so much about so many people?
4. Did the writer cause Ron Gillispie’s fatal accident? Was the phone call made to Ron on 8/19/1977 premeditated, making certain that Mary Gillespie was out of town that specific night?
5. If so, did local law enforcement cover up Ron’s murder as the writer claimed?
6. How did Paul Freshour’s stolen pistol end up in the booby-trap on 2/7/1983? Why was the trap set at the exact location of Ron’s suspicious accident nearly six years earlier?
7. Did the Circleville Writer know Vicki Koch? If so, was he responsible in some way?
8. If not, did he know who was?
9. Was the Circleville Writer responsible for other unsolved cases? Possibly even outside of Ohio?
10. Why did Sheriff Radcliff insist that Paul was still writing letters while incarcerated within Lima Prison, even as the facility’s warden agreed it wasn’t possible?
11. Why did the letters suddenly stop in 1994?
12. Was there more than one Circleville Writer? 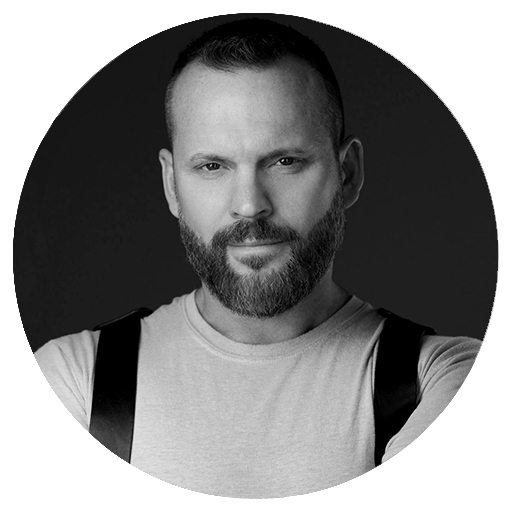 Alex Baber, founder and director of Cold Case Consultants of America, LLC (C.C.C.O.A.), is an autodidact polymath who has developed into a cold case specialist, forensic researcher and criminal analyst after decades of studying the best in the world. A former PSO with Protective Services, he leverages his gift of “perceptionism” to gain an edge solving purportedly unsolvable cold cases. He also has developed a plan that will assist affected families of victims through a fund established with proceeds from all of C.C.C.O.A.’s ventures. 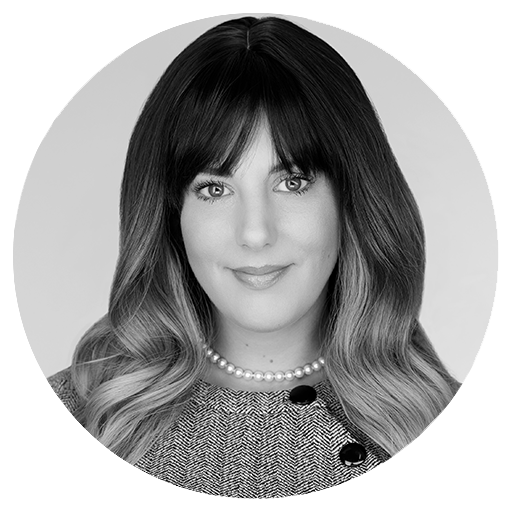 Cold Case Consultants of America, LLC’s Co-founder and Assistant Director; a forensic researcher, criminal profiler, and highly skilled in cyber forensic science. As a former Security Forces (Military Police) at Andrews AFB, she was assigned Presidential and Diplomatic Security Details before transferring to the U.S. Army and attaching to the 4th Psychological Operations/Military Information Support Group (PSYOPS/MISG). As a civilian, she continued to expand on her skill sets by becoming a licensed EMT. She is diligently working towards obtaining a PsyD in Forensic Psychology. Her highest priority and daily mission is to bring support and answers to the victims and their families. 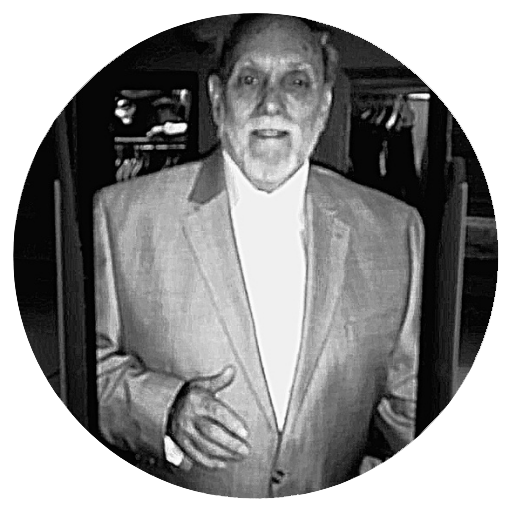 The nation’s leading forensic document examiner and handwriting analysis expert, Curt is the only FDE who has examined documents and/or testified in all 50 states, in addition to a dozen foreign countries. He also investigated and offered an evaluation in over 5,000 cases nationwide since 1990. 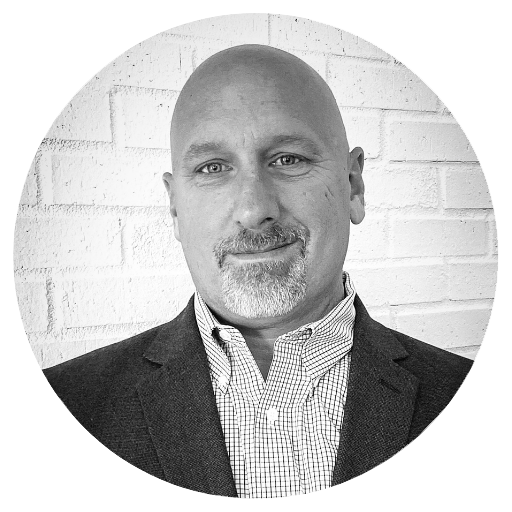 A detective with multiple honors and commendations, including the Officer of the Year award, City of Atlanta Emerald of the Year, 300 Club Award of Valor, and Atlanta Police Department Purple Heart Award. Patrick is also the deputy director of Crime Stoppers and founder of Humble Heroes, assisting ill or injured first responders and their families. 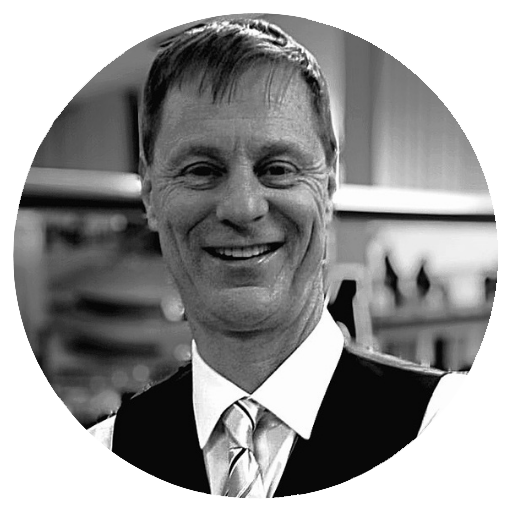 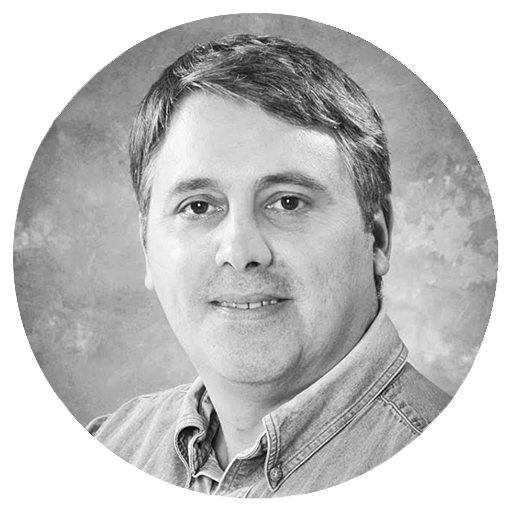 A research scientist and forensic anthropologist, Dr. Vass is the founder of Forensic Recovery Services. He is also a pioneer in forensic biomarkers in death scene investigations and an expert in human decomposition. He was Tennessee Scientist of the Year in 2004; has authored over 60 publications; and has 17 patents.
“The truth is, there is never closure but there are answers.”
- Alex Baber / C.C.C.o.A. Director 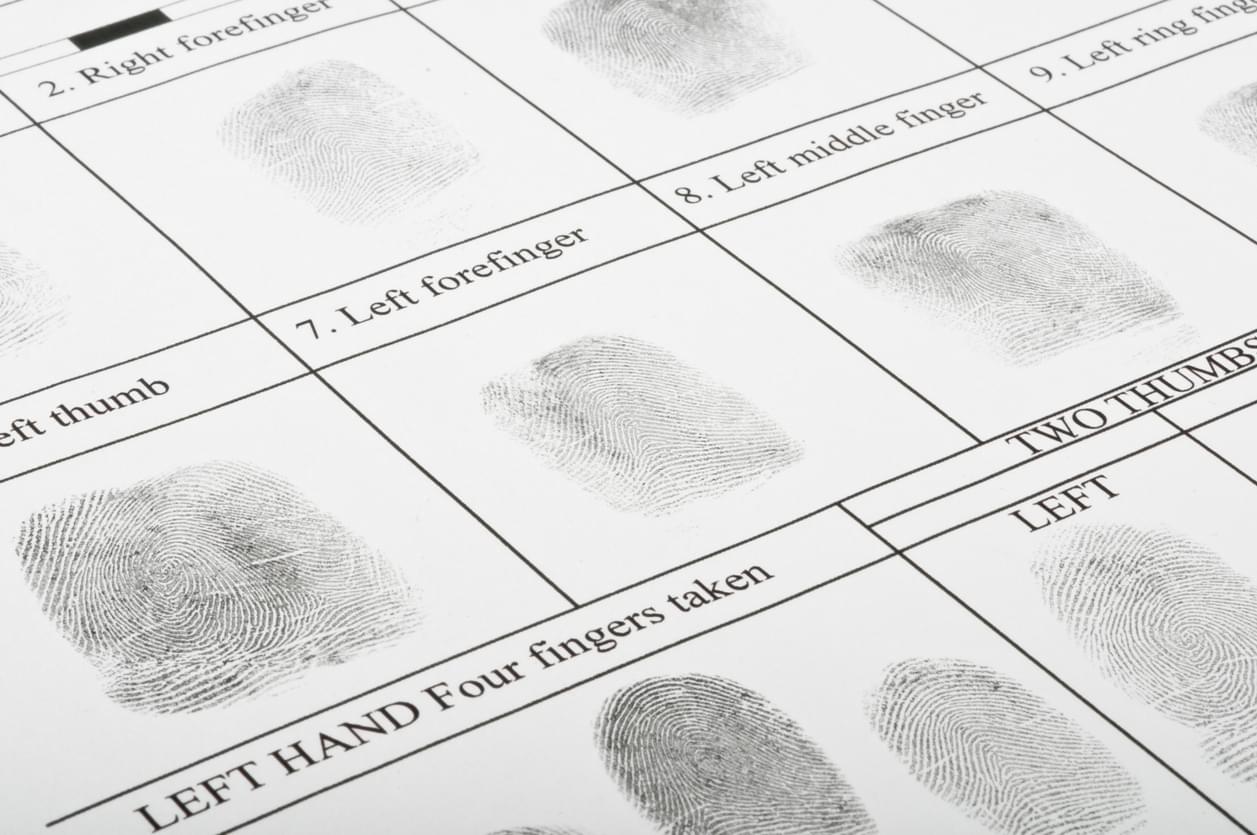 Cold Case Consultants of America has reopened this case with new evidence that will prove groundbreaking.
Sign up below to see new evidence and receive our latest updates. It's free, but we only provide this sensitive information to registered users of the site.
See the Latest Evidence

Cold Case Consultants of America has assembled an unparalleled investigative team skilled at uncovering new evidence, establishing connections, and creating a detailed timeline of events that aims to identify the perpetrator(s).